In recent years, children’s lack of exercise, and the resulting decline in their physical strength, has become a social concern. A cause of this issue has been a drop in the amount of time they spend playing outdoors, as parents and teachers give more and more consideration to their safety than their physical fitness. The shift to a car culture has also been a factor. At this kindergarten, where over 450 children attend, we focused on increasing the amount of their exercise indoors. We, KDL also design built-in gymnastic fixtures, so we designed and made gymnastic fixtures that blend into this kindergarten’s indoor space. he kindergarten’s building is designed in such a way that there are many extra spaces in between and under the main components, which are the first and second floor classrooms and an atrium. We turned those small, extra spaces into play rooms by building various gymnastic/play features into each of them. The results included a small room with a recessed, cone-shape floor that kids can run around in; a room connected with the upper floor with ladders and slides; and a room where kids can hurl balls at targets with all their strength. The kindergarten became a place that could supplement the children’s exercise amount, just by allowing them to play. 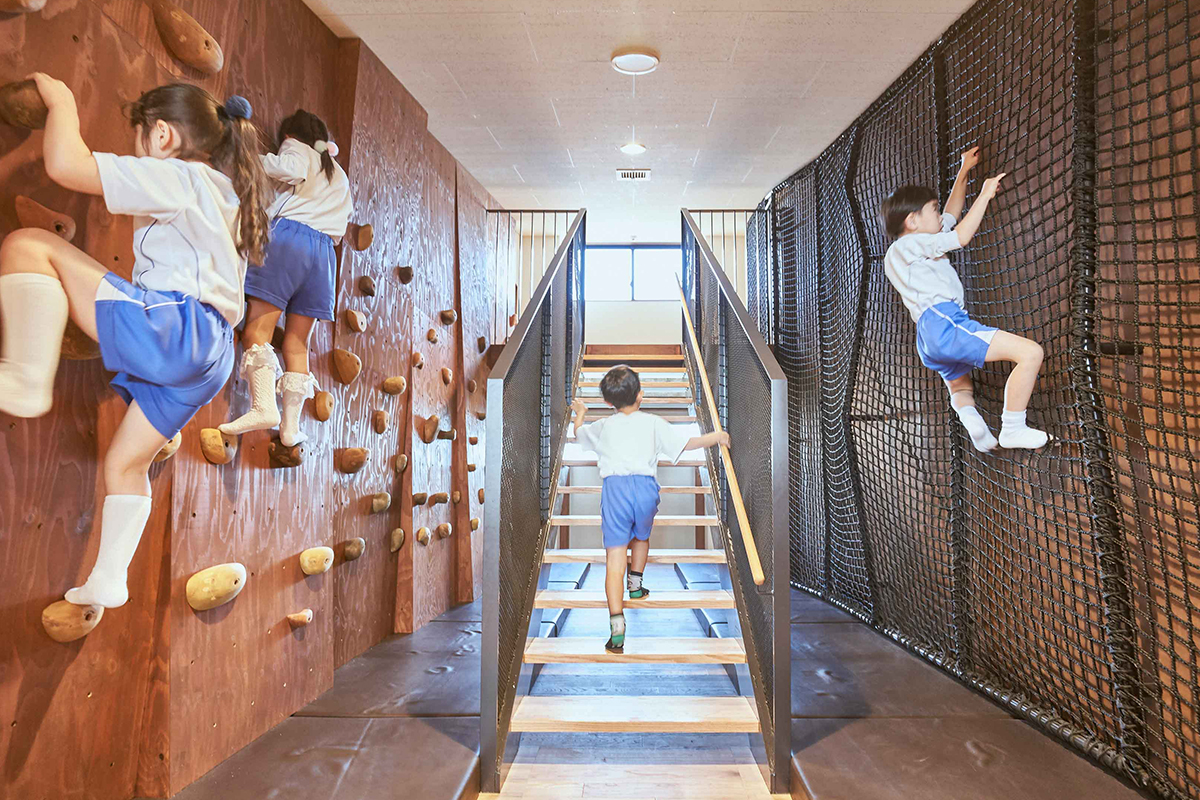 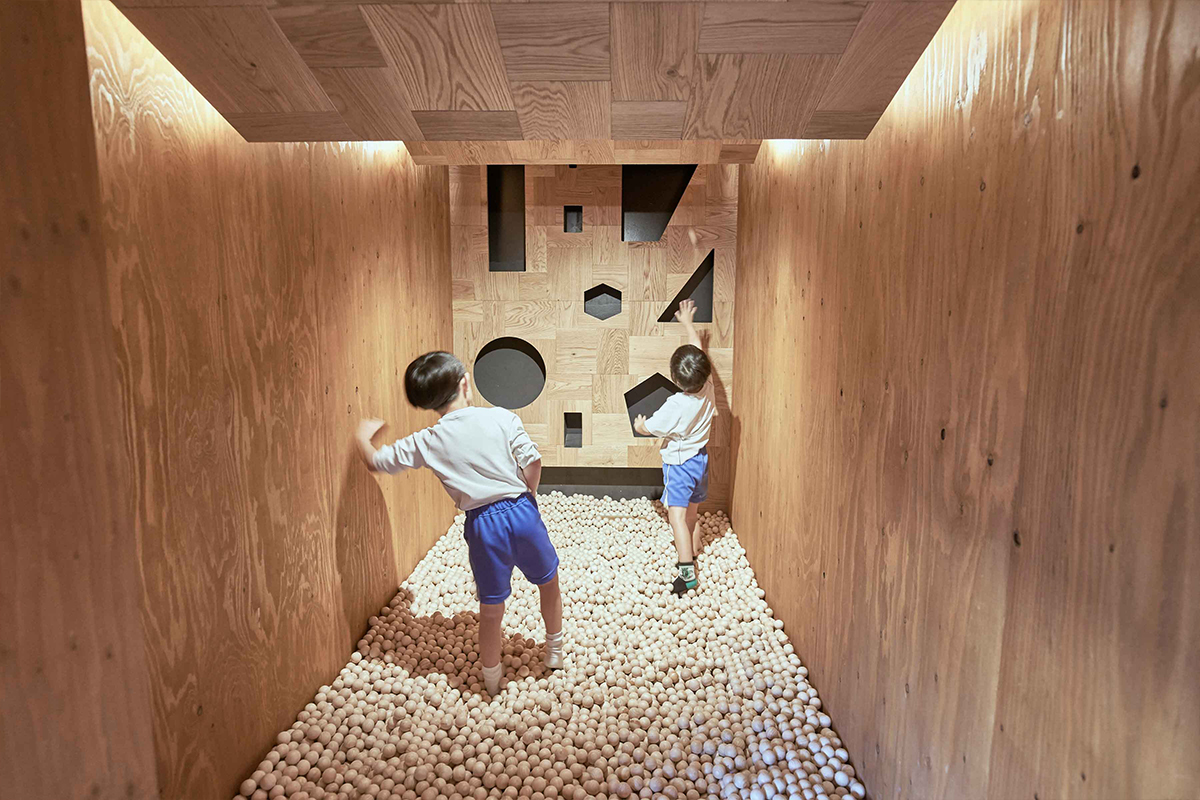 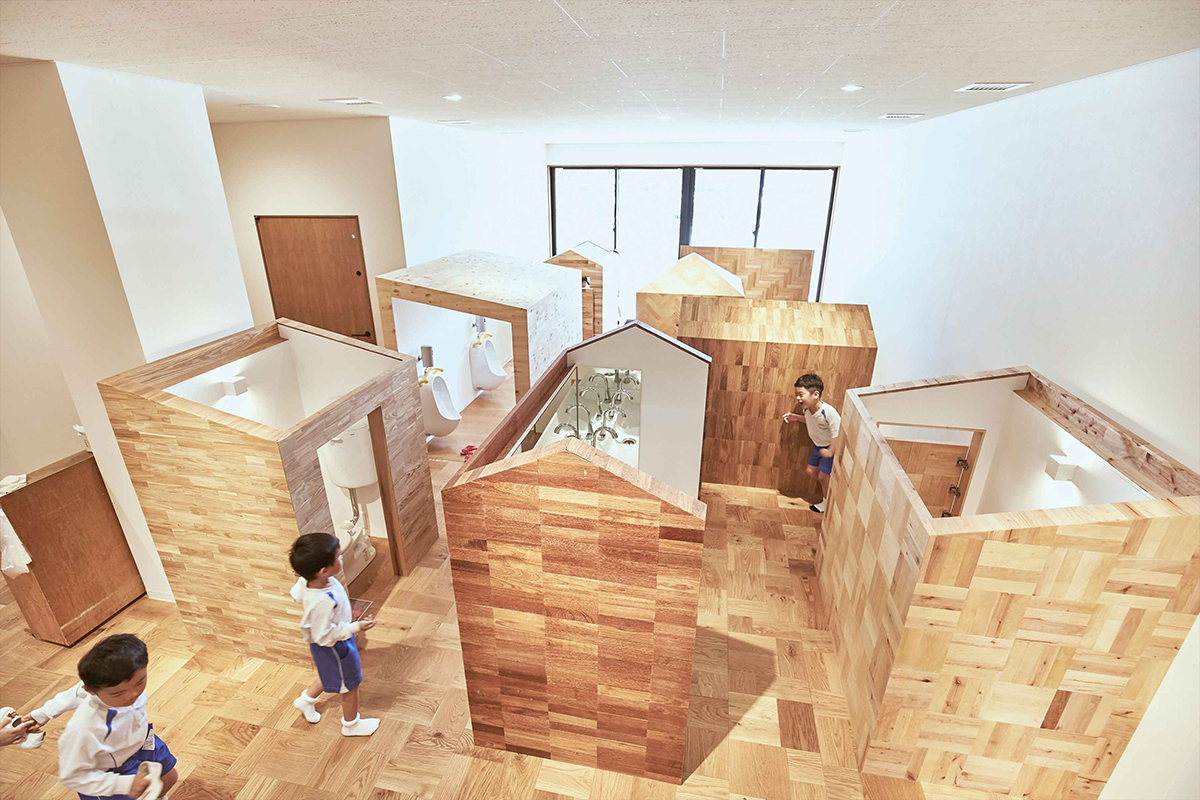 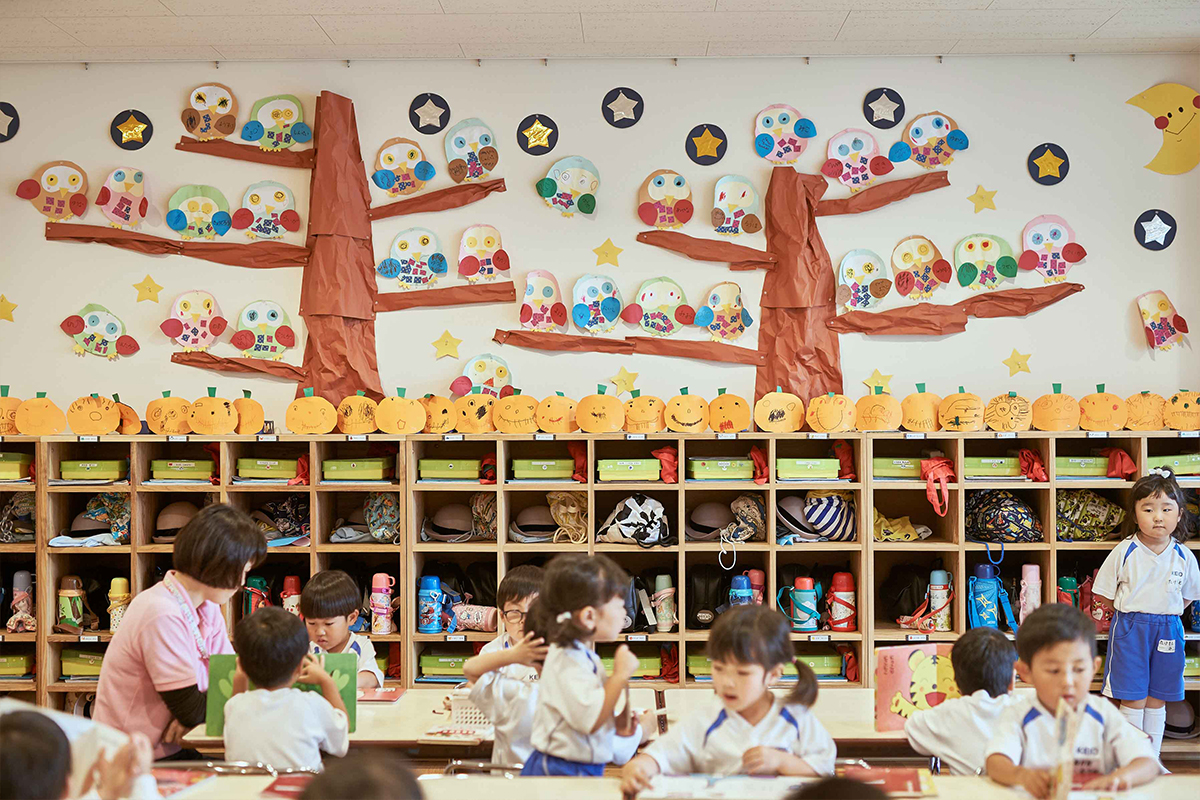 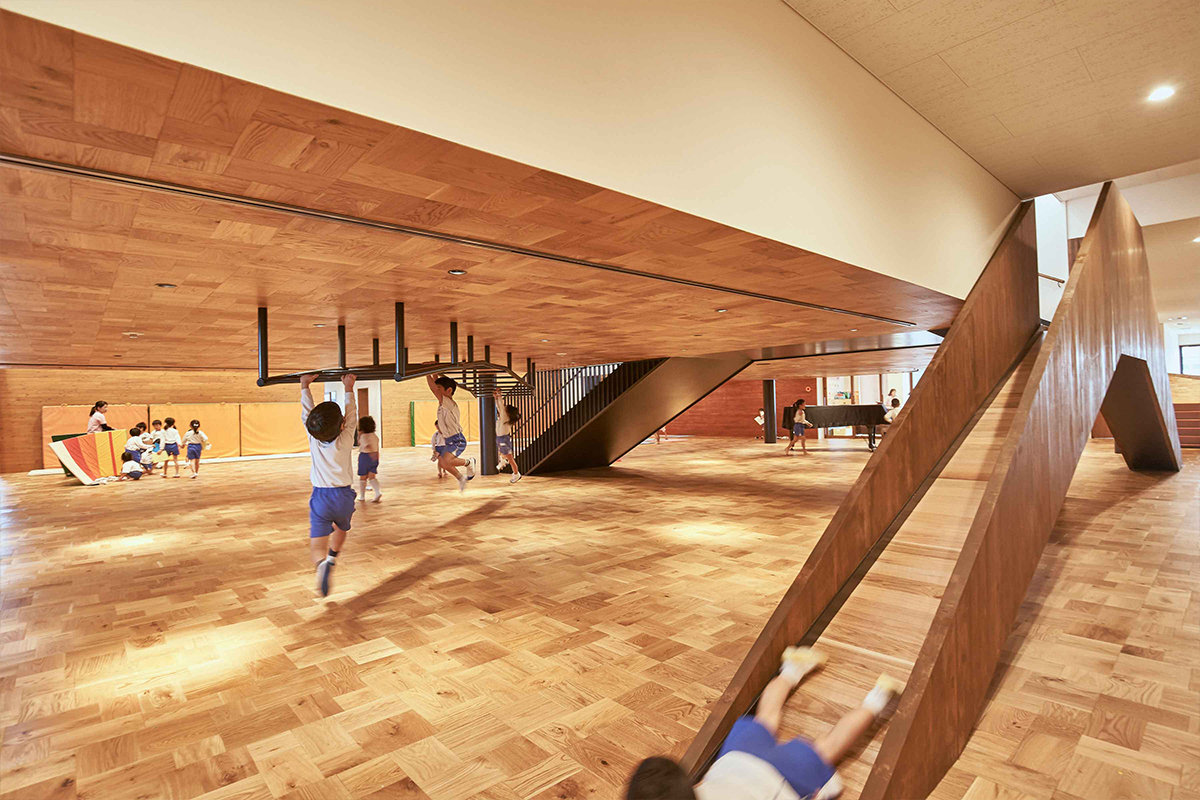 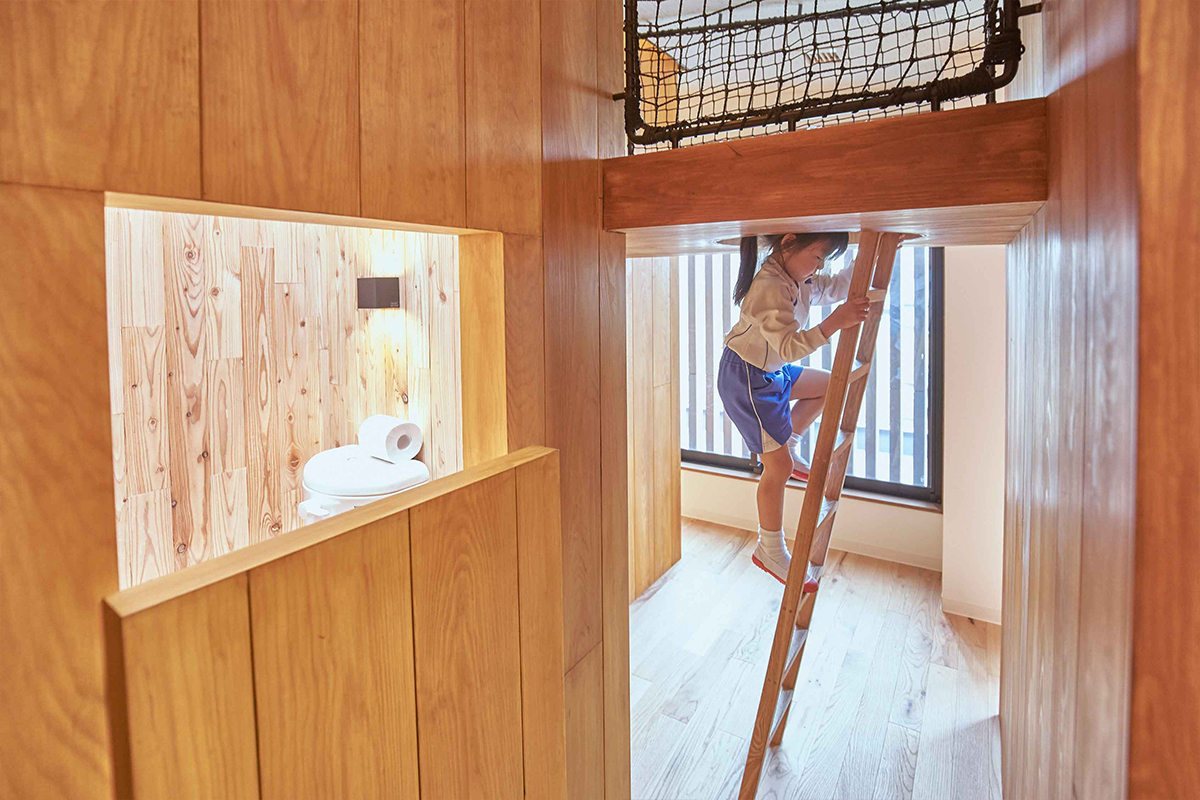 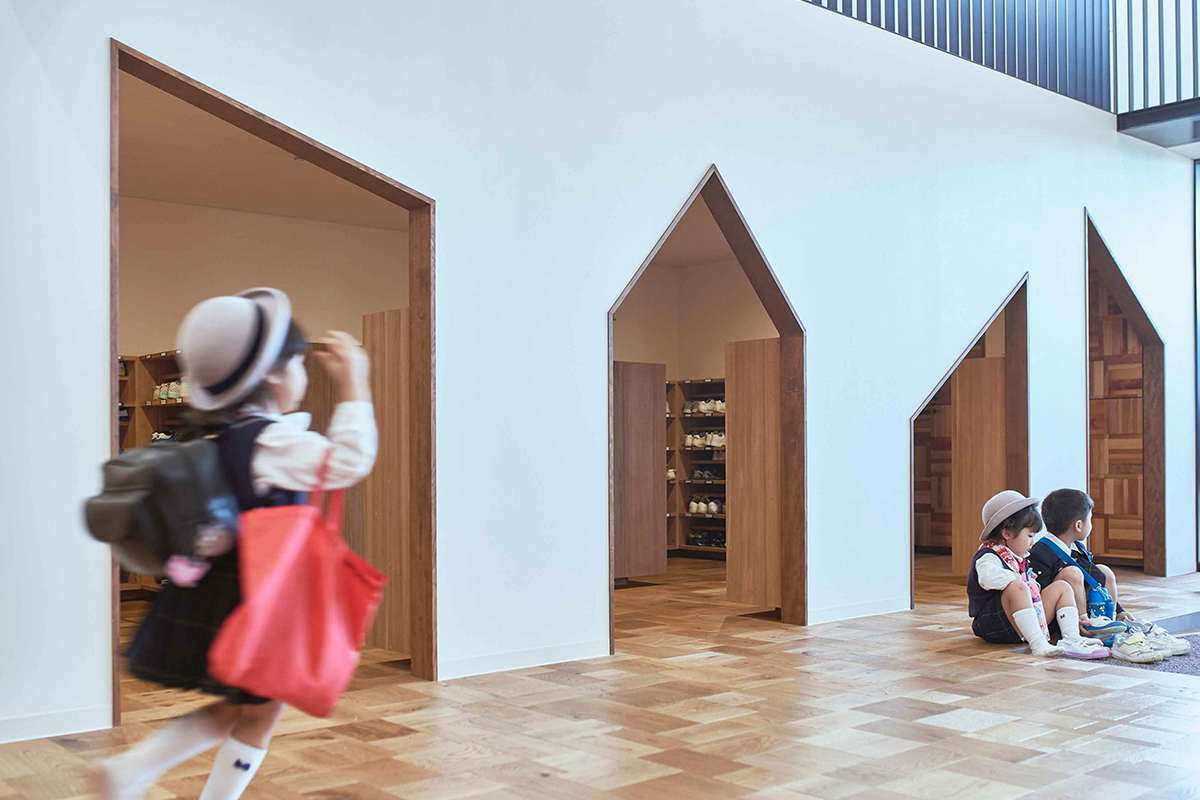